Once your eye adapts to spotting lichens, there is one in particular that beckons to you from just about everywhere – bright yellow Xanthoria parietina, growing on stones, fences, and branches.

It’s even in my holiday snapshots from last year, taken at Dybbøl, where the Germans beat the Danish army back to the stone age in 1864. Xanthoria parietina is the yellow splotches on these big boulders my daughter is posing on: 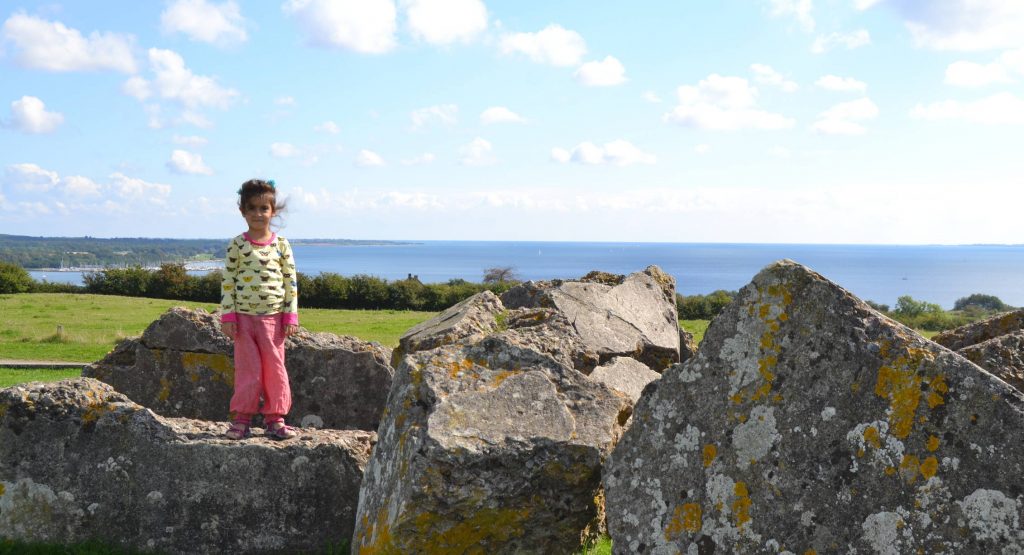 And here is a branch with the lichen up close: 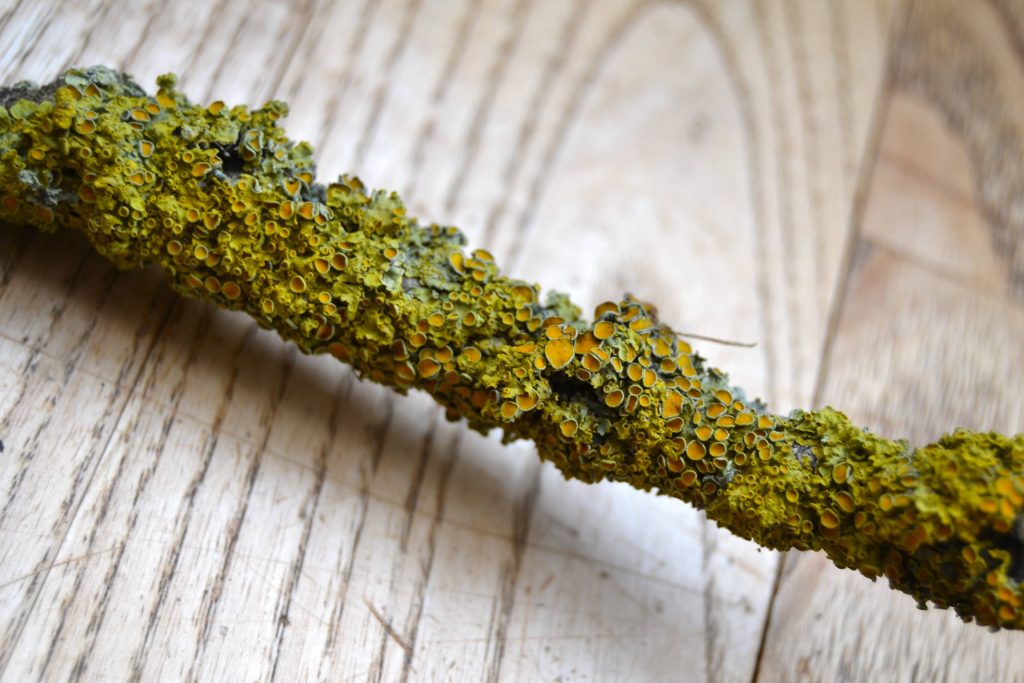 The color of the lichen can actually vary quite a bit. The Wikipedia entry says that the deep yellow color is caused by the pigment parietin, which has a biosynthesis that is light dependent because parietin is actually the lichen’s UV protection. I have indeed often seen intesting lichens growing in the shade, and stepped closer just to find that it was actually a green-grey version of Xanthoria parietina.

The yellow parietin reacts with KOH to give red, one of the standard test one can make when typing lichens. I don’t know the exact chemistry, but I am guessing the same should happen when you steep it in ammonia?

But back to Xanthoria parietina. Irish lichens (one of my favorite web sources on lichens) tells us that it is a very pollution-resistant lichen. It seems to be spreading, and is even considered invasive by some people, so this one is fine to gather whenever you find it.

I have kept a jar of Xanthoria parietina since November 15th last year. It contained 42 g of lichen in ammonia (I buy the ordinary one at a supermarket and dilute it to 1%).

I try to remember to shake my jars of lichens. The book I read on the topic, Karen Casselman’s “Lichen Dyes, The New Source Book” returns to the point several times: “Aeration is important”, “Vats ignored […] may not develop properly” and so on.

But in real life, of course, it’s hard to remember. It only takes moments to take the lid off, replace it, and shake the jar, but like flossing and taking vitamins, initial determination can quickly wear off. Some weeks I may have shaken this jar every day, but at least half of the time, it’s just been on its own.

The dyeing process, on the other hand, is easy. Just pour the liquid into the pot and dye the yarn in it over gentle heat. My 10 g test skein came out a faint, but pretty, pink: 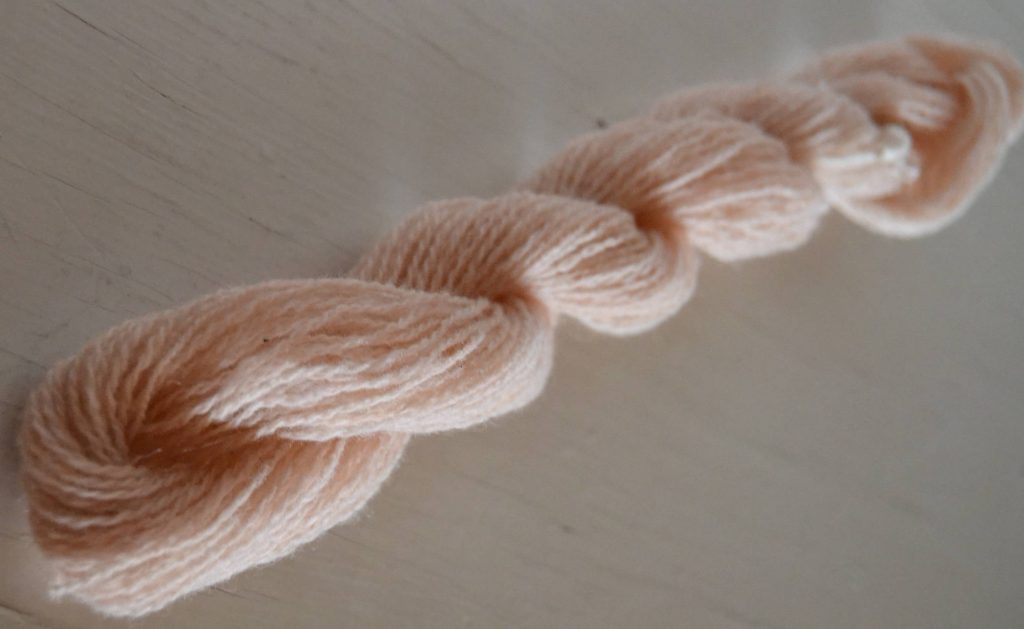 and this is actually the best color that I have achieved with Xanthoria parietina. I think it’s a pretty color, although you are actually supposed to turn it blue by exposing the wet skein to sunlight. I tried that with a similar skein, but the blue tone it turned into was so faint that it was white that just felt a bit blue… My guess is that the initial pink should be very strong in order to get a good blue – this is also based on the photos that mycopigments posted here.

I suspect that the shift to faint blue will eventually happen if the yarn is exposed to sun at all (photo-oxidation). Red2white shows a series of light tests here, and in addition to color loss, there is also a change towards blue. But faint and possibly also quite fugitive – good blue can only come from indigo!

In conclusion, the dye from Xanthoria parietina is fun to play with, but not lightfast. I still find myself planning out more experiments, so next time I pass a yellow branch, something will go into my pocket (for a lovely day of acetone extraction perhaps?)

Conclusion The color is pretty, but faint. And it is not lightfast

Possible improvements More diligent vat-shaking – more efficient aeration should develop the dye better. And maybe ripping the lichen into smaller pieces will also help extraction? According to Casselman, lightfastness improves if the yarn is dried before the dye is rinsed out

*Alun mordanting should not be necessary when working with lichen dyes, as they are substantive = able to bond to animal fibers by themselves. But I just had some mordanted skeins on hand, and it doesn’t interfere, either.