I lived in Grenoble for 2 years, and everybody there is always talking about walnuts. The region is famous for its walnuts – noix de Grenoble. But I have to admit that I didn’t actually see any nuts growing, nor did I eat very many of them while I lived there…

So one day here in Denmark, when I saw a big bag of noix de Grenoble at the supermarket, I just had to buy it. The nuts are eaten a long time ago, but I remembered reading somewhere that the shells can be used for dyeing (in addition, of course to the well known dye found in walnut hulls, but that’s another story).

I like the idea of salvage dyes, the dyes you find in something you would have just thrown out. So here they are, about 500 g of walnut shells

Following information from this article, I soaked the shells in water a couple of days, then boiled them for two hours. The next day, I removed the shells and simmered a 10 g alun-mordanted test skein in the dye bath for about an hour. As usual with browns, it looked good while in the bath, but after drying, what I have is just another beige skein: 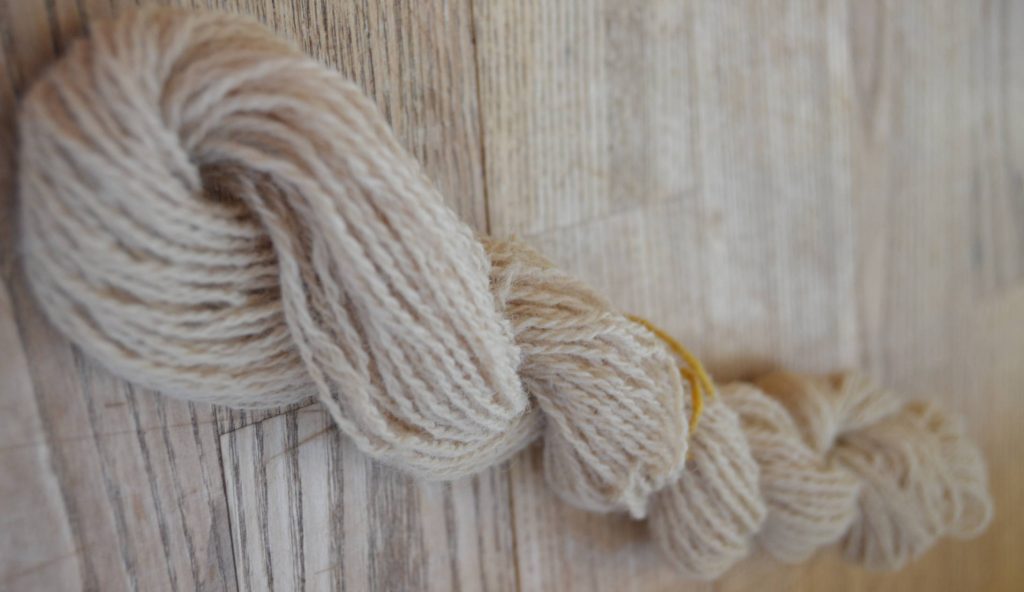 Useful for color knitting, but not very exciting by itself. I had hoped to obtain a deeper brown, but that is, in fact, a difficult color to obtain in natural dyeing.

Possible improvements I don’t see any – other than forgetting about the walnut shell and befriending someone with a walnut tree, so I can get my hands on the hulls

Last year, I did get good browns from mushrooms. Here is my fresh weakly beige walnut skein next to a very nice brown from last year: 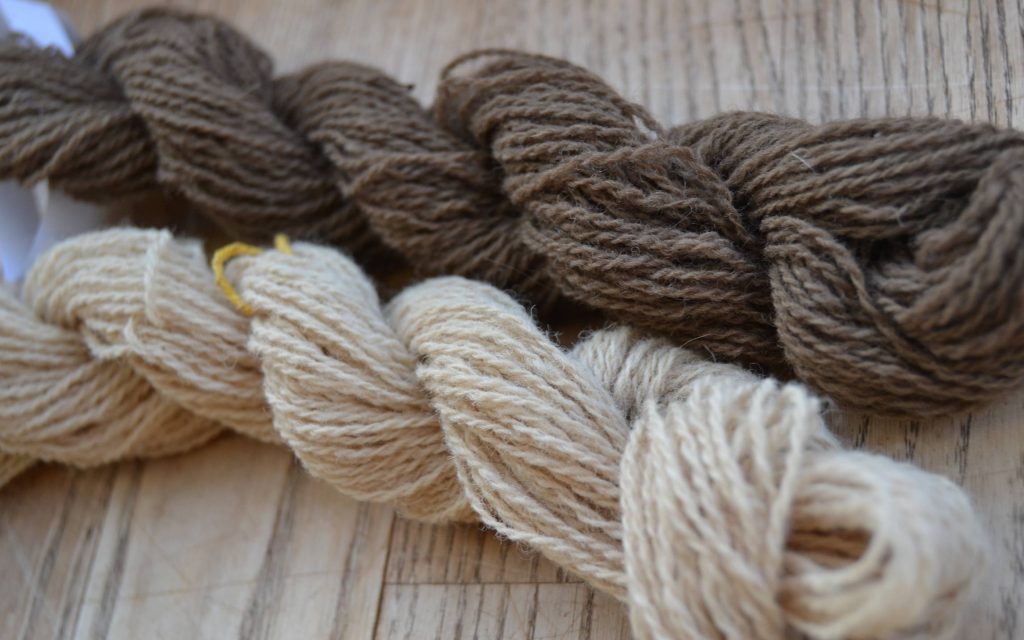 The brown skein is dyed with a mushroom that is quite abundant around here. I’ve typed it as Ischnoderma benzoinum (gran-tjæreporesvamp) with the help of my Swedish book “Färgsvampar & svampfärgning” by Hjördis Lundmark and Hans Marklund, but it could also be its relative Ischnoderma resinosum (fall polypore, tjæreporesvamp in Danish) . I don’t have a picture of the mushrooms I used, but I’ll look for it again next fall.