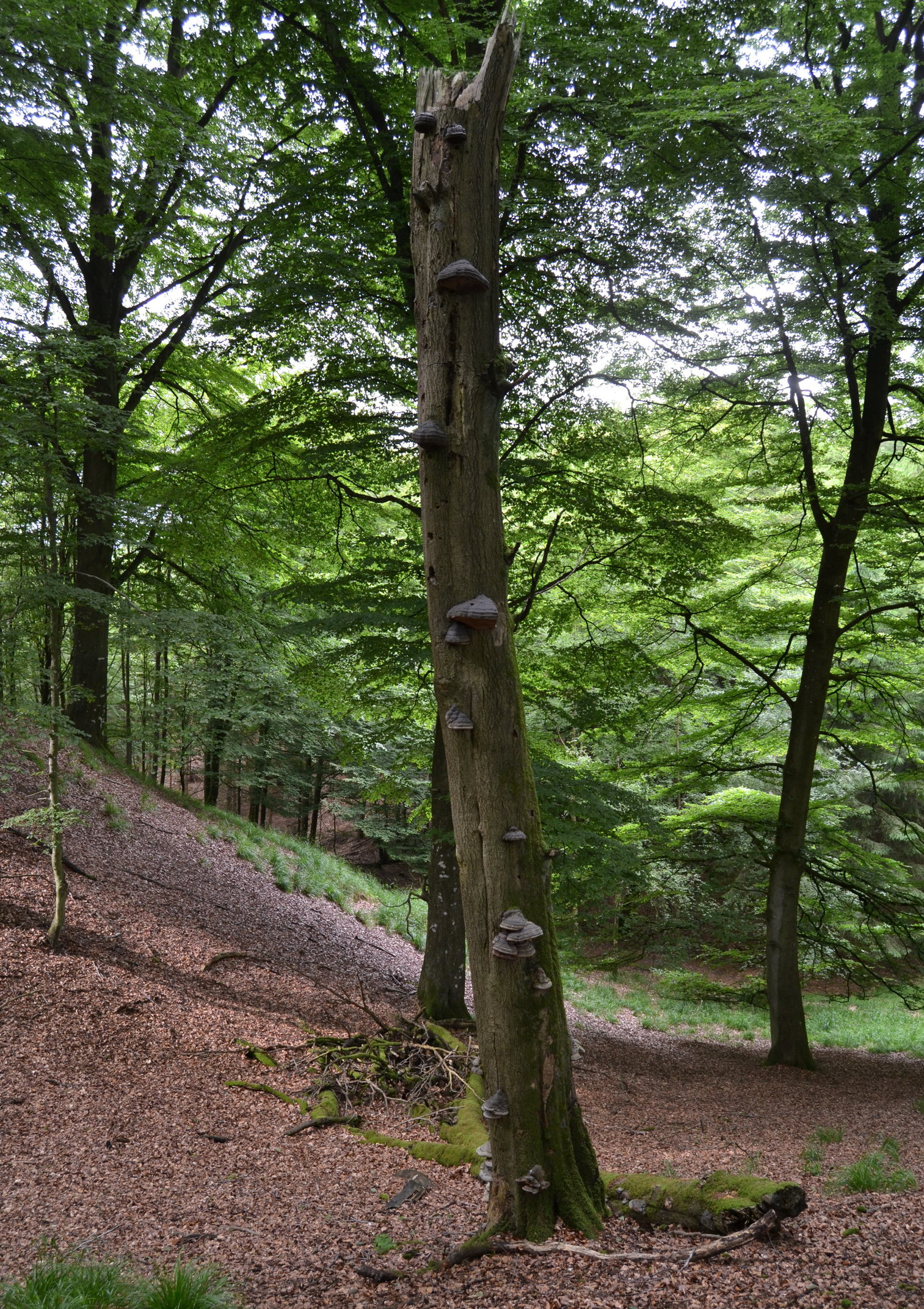 Mushrooms that grow on trees are quite useful when the tree is dead, because they help decompose the dead tree and recycle it. They are less useful, though, when they sneak their way into a living tree (through a cut in the bark for example) because they do the same thing to a living tree, causing rot, and sometimes killing the tree.

In one of the forests I walked in, I came across a large stretch of mature, open beech forest, with dead trees full of tinder fungus (Fomes fomentarius, fyrsvamp/tøndersvamp in Danish) – top of this post. I managed to get one detached from the tree (it was hard) to see how much color I could get out of it. This is what it looks like up close: 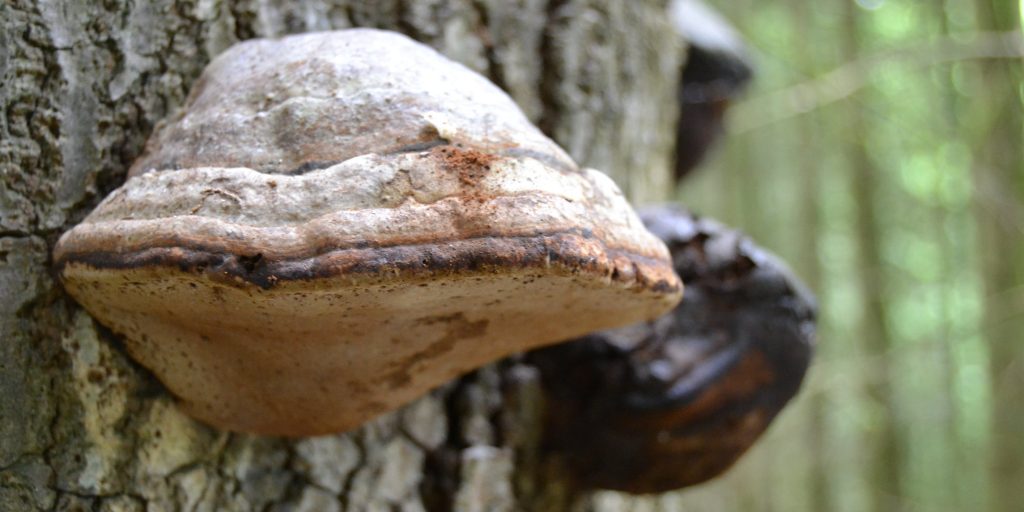 On another walk during the summer, I found this red-belt conk (Fomitopsis pinicola, randbæltet hovporesvamp in Danish) growing on several dead conifers: 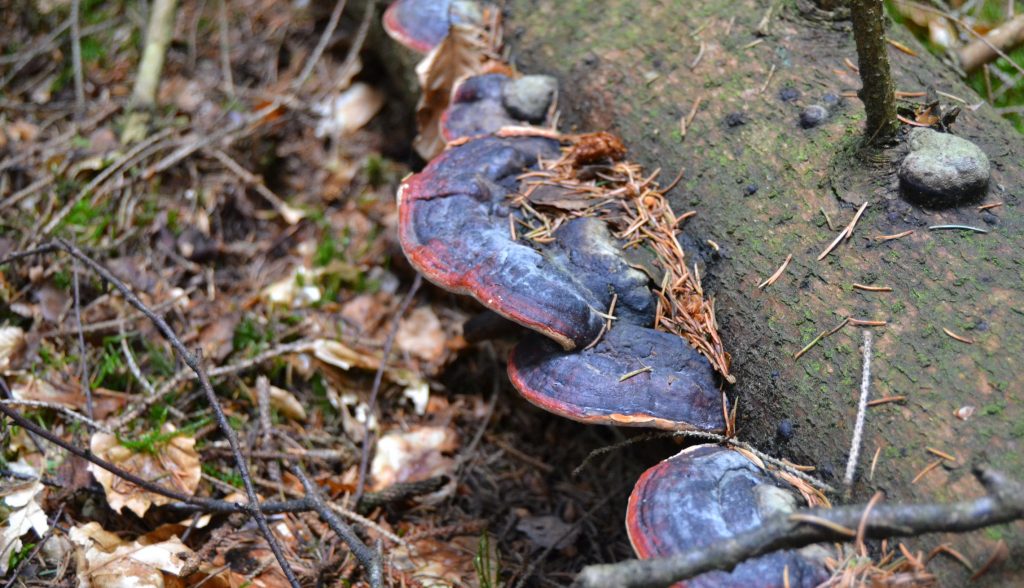 Both fungi ended up in my dye pot after I chopped them in pieces. It was possible (but not very easy) to chop the tinder fungus with a big knife, but I had to use a saw on the red-belt conk. It was still hard, so the pieces were not that small. Quite a lot of sawdust came out of it, and I added that to the dye pot as well.

But I’m afraid the results were less than spectacular – an ordinary beige from tinder fungus (left) and a yellowish ditto from red-belt conk (right).