The other day, we went for a walk along the road, and found wild chervil, also known as cow parsley, poetically as Queen Anne’s lace, and systematically as Anthriscus sylvestris. It was growing bountifully there, so it’s certainly lucky that I have such a good little helper for these tasks: 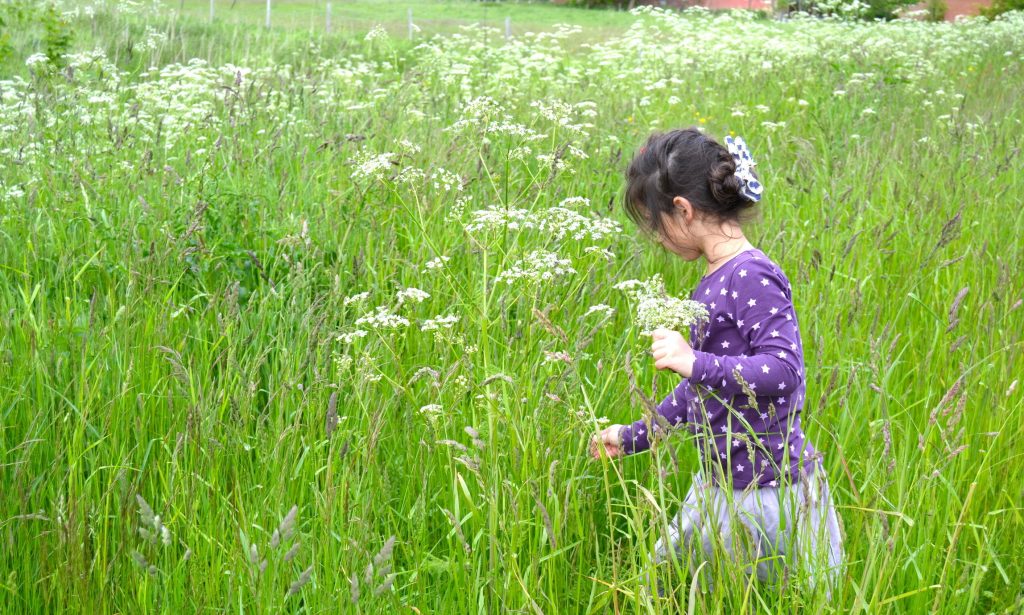 I picked 180 g of stalks with flowers, which I boiled immediately for an hour or so. Next day, when the extract had cooled off, I strained out all the plant material and added a 10 g test skein of alun mordanted wool. The resulting color is very pretty, more yellow than green (yarn in photo, at least on my screen, looks more yellow than it really is). 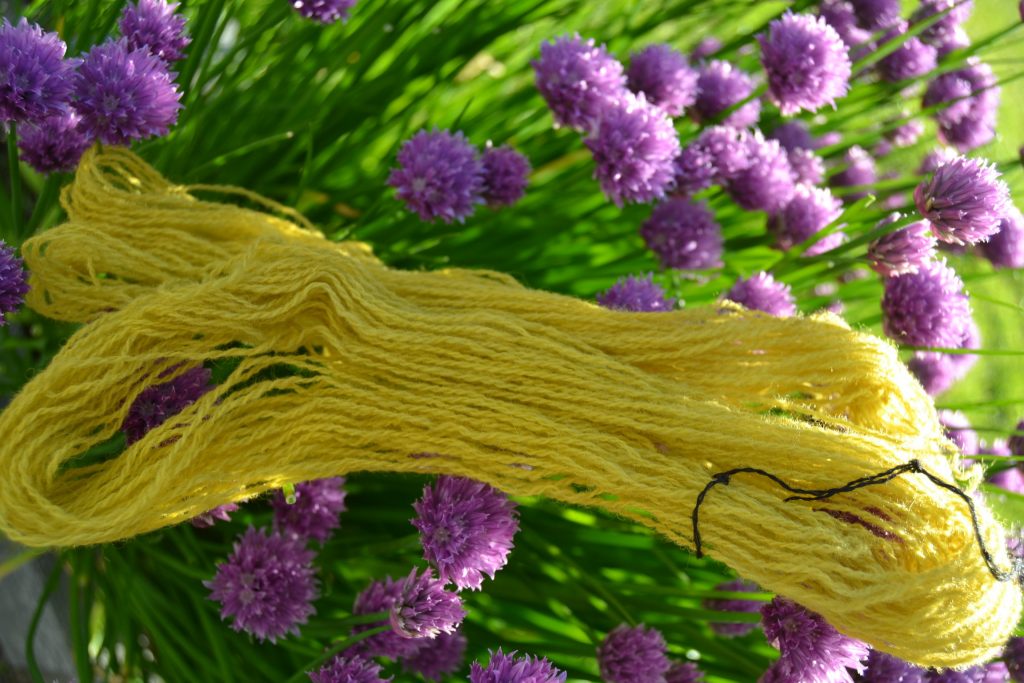 Possible improvements Looks good to me! But it would be nice to see if a smaller amount of dyestuff will still give good color

So then what remains is to test the light-fastness. If that looks good, I’ll be tempted to dye larger amounts another time. Probably next summer, because by the time I can test it, the plant is gone for the season.

I’m always surprised with the treasures that the roadside has to offer. In terms of plants and the dyes in them, I mean (there’s also a lot of empty beer bottles and candy wrappers to be sure). And now we are getting to the big point that I want to hammer home in this post: roadside biodiversity, and the lack of it!

The top photo of my daughter picking wild chervil looks like it’s been taken in well, nature. In actual fact, it’s in front of a truck terminal, by the side of a busy country road where lots of big tucks pass. Not far away, you find an off ramp from major highway in this area. And just look at the place in the picture. Tall grass. I spotted more that 15 species growing, without even looking.

I am always pleasantly surprised by bits of untamed land like this. The good people in the truck terminal may think that they are just saving a bit of money, but what they are really doing is allowing biodiversity.

The other day, I heard something on the radio about a new project here in Denmark. It’s called “vild med vilje” which translates into “intentionally wild”. It’s a project that promotes urban biodiversity by – here’s the big thing – providing you with a sign that you can place on your wild land. The text reads “vild med vilje”. So now, busy neighbors and other local busybodies can see that this was on purpose, and not somebody who didn’t keep their land “nice”. They may even go check the project website. They may start thinking about biodiversity themselves. They may use less Roundup. The project is still very small, but I do hope it grows! I would love to see more wilderness. It’s good for many species, including the natural dyer.