My experiments in dyeing with avocado pits were quite successful if I do say so myself (although a couple of skeins needed a little boost of cochineal).

But what about the peels? They can also be used for dyeing, and since I remembered reading that they give a slightly different shade, I kept them separate. Other than that, the procedure was the same as for the pits (fermentation in slightly salty water for about a week). 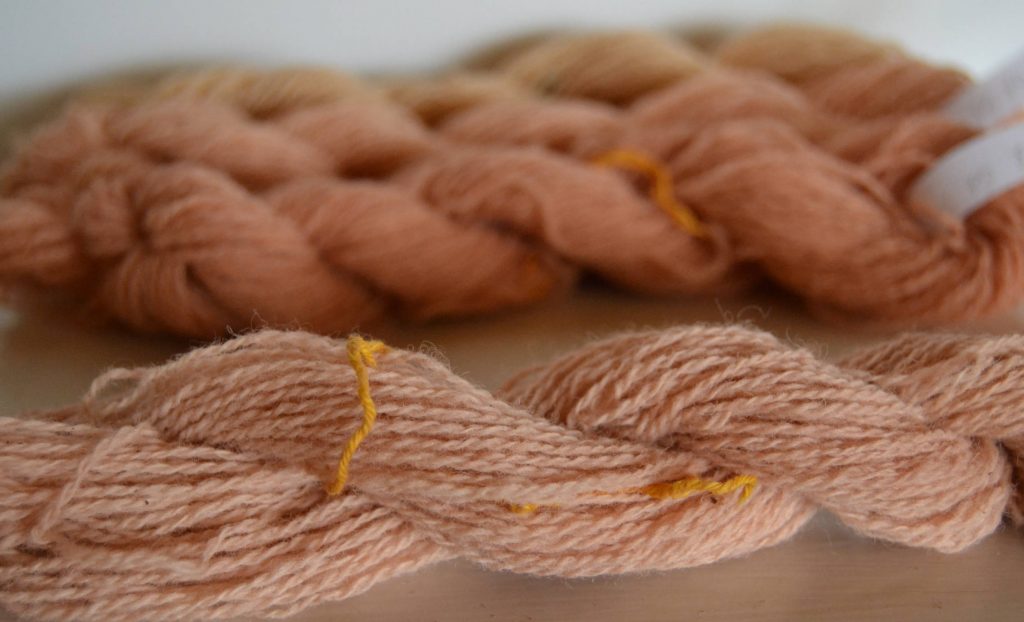 The avocado peel skein is in the front, and the 3 avocado pit skeins from earlier are in the back. So in my hands, the peels and pits gave just about the same color, but less intense from the peels.

Yarn:Dyestuff ratio Didn’t measure – but I’m guessing 1:10 or even more

Conclusion The color is pretty, but faint

Possible improvements Combine peels and pits to get more color

So that’s what I’ll do next time – and “next time” is actually underway already: 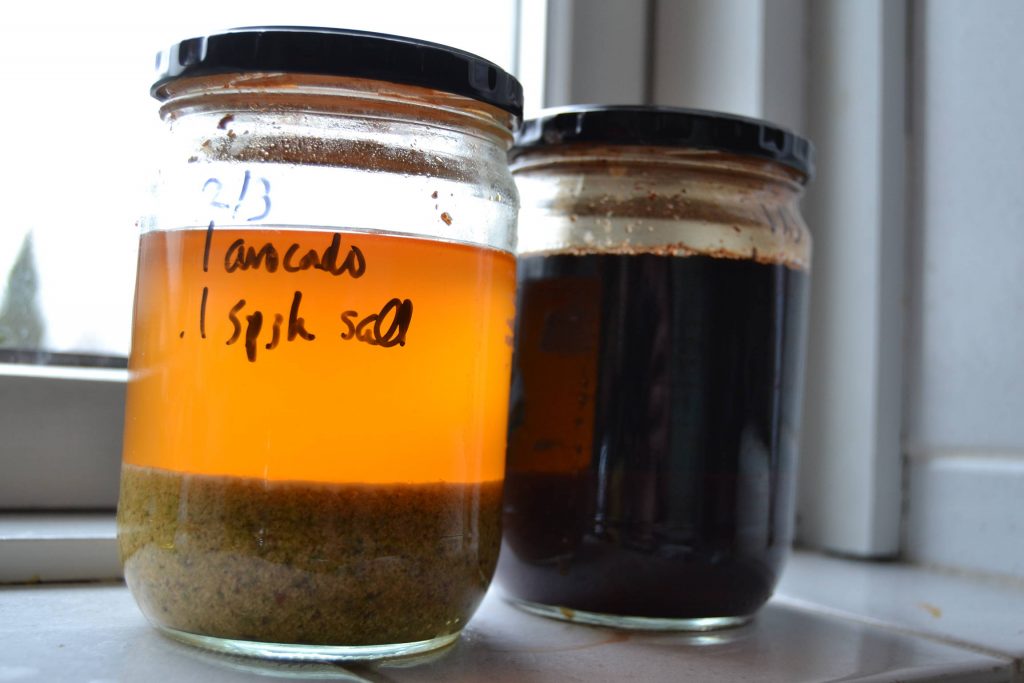 These jars are fermenting right now. The one in the front is pit and peel from 1 avocado and 1 Tsp salt. It started bubbling from the bottom after about 3 days, and an orange color is beginning to develop with fermentation. The other jar is the same with the addition of 1 Tsp ammonia. The color is obviously a much deeper red in the ammonia jar, which, by the way, doesn’t ferment. I suppose the ammonia is killing the bacteria that would have fermented.

Next, I’ll try dyeing with liquid from the two jars, to see if the deeper color with ammonia also means more color captured by the wool!